» Recent Highlights » Where Do Homeless People Come From?

Homelessness is often considered an “urban problem.”  New analysis from the Center for Evidence-based Solutions to Homelessness uses HMIS data to track where people entering shelters come from.

Homelessness is often considered an “urban phenomenon” because people are most likely to experience homelessness in cities. Analysis based on Homeless Management Information System (HMIS) data in two states, Michigan and Iowa, shows that most people who became homeless in cities in those states between October 2007 and September 2008 were already living in cities, but that a fair number of people using emergency shelters or transitional housing programs in cities reported their most recent “housed” location as a suburb. 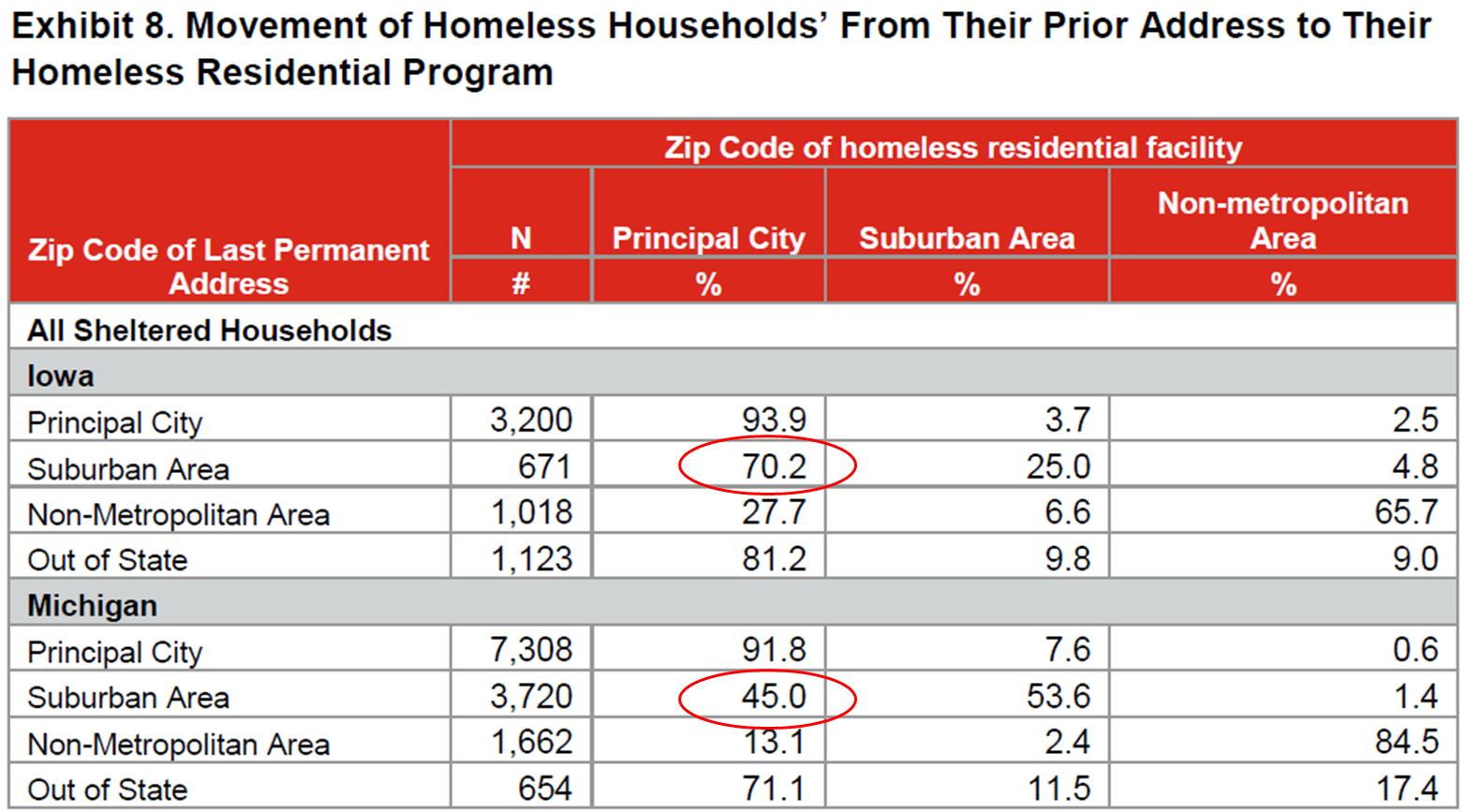 Originally written as a supplemental report to HUD’s Annual Homeless Assessment Report (AHAR), this report is being released here for the first time.