In 2010, the Conrad N. Hilton Foundation announced its Chronic Homelessness Initiative with the goal of ending chronic homelessness in Los Angeles County. Initially a five-year strategy, the Initiative was extended into a second phase in 2016 – an indication of the foundation’s commitment to the issue, but also of the persistent challenges in creating and sustaining change on a scale large enough to bring about long-term solutions. The Initiative focuses on supporting the creation and operation of permanent supportive housing that can be accessed by, and provides a stable home for, people experiencing chronic homelessness.

In the second phase of the Initiative, the Hilton Foundation is building on lessons learned during the first five years to redouble its efforts in three areas: 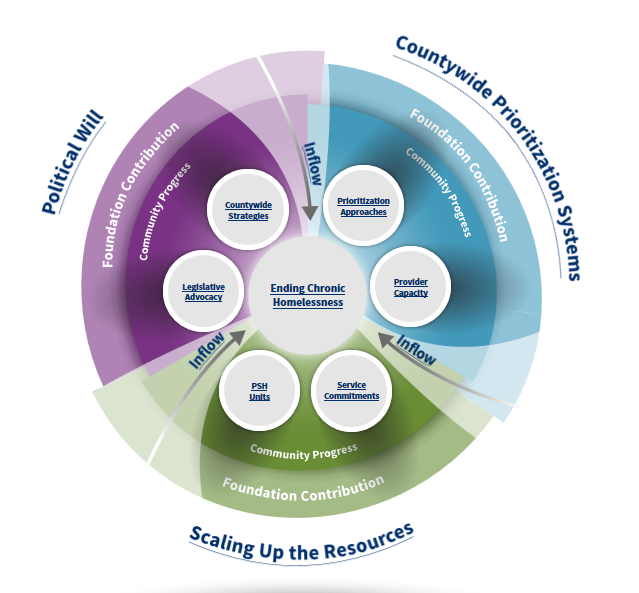 To illustrate the interconnected nature of these three areas, the Hilton Foundation released an interactive web platform that shows the foundation’s contributions and community progress, and allows users to take a closer look at each of the components of the initiative. The platform also includes a clickable timeline of key achievements that makes it easy follow the trajectory of the foundation’s efforts and how they have helped to bring about concrete action.