» Recent Highlights » Focus on Health: Using the intersection between housing and health to improve point in time counts 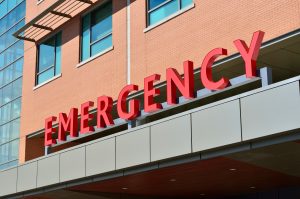 Communities are improving coordination between the homeless services and health systems. Changes in the rules governing Medicaid have made this a little easier, particularly for linking health services to permanent supportive housing.

A new and perhaps unexpected benefit of this coordination is a way to improve the accuracy and quality of the point-in-time counts of people experiencing homelessness.  Last month, as in every January, volunteers fanned out to take the annual census of people experiencing unsheltered homelessness. Federal agencies and local communities use the census to track homelessness over time and plan intervention strategies. The Bronx Health and Housing Consortium in New York City has identified an important – but sometimes overlooked – place where people without housing may be: hospitals emergency rooms.

People who are homeless often seek medical care in emergency rooms because they don’t have a primary care doctor or clinic. They may also simply go there to get off the street. On the night of the 2018 census, the Consortium found 152 homeless people in 24 emergency rooms. Often these individuals were in waiting rooms or hallways, but they had not registered for treatment. They were likely there not because they needed medical attention, but because they had nowhere else to go.

The Consortium estimates that including the hospital count substantially increases the number of unsheltered homeless. For example, in the Bronx, the Consortium canvases all the borough’s hospitals. The City’s census found 119 homeless people in their 2018 Bronx street count. The Consortium found an additional 47 unsheltered people in Bronx hospital emergency rooms that night, adding almost 40 percent to the City’s street count total.

The Consortium’s work to bridge the homeless assistance and health systems supports better data on homelessness. They also know that housing instability is a social determinant of health – being homeless or unstably housed drives up healthcare costs, especially for emergency services in safety net hospitals. Better counts help Consortium members identify housing and service needs and connect people to appropriate services to address both. Read about their important research here.